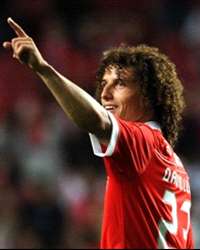 Benfica have confirmed they have reached an agreement with Chelsea for the transfer of David Luiz.

The board of directors at Benfica confirmed to the Portuguese stock market that the Brazilian defender moves to Stamford Bridge in a deal worth £21m.

Luiz, 23, who is capable of playing not only in the centre of defence but also as a full-back on either side, has made 70 appearances for Benfica in the Portuguese Liga, scoring four goals, whilst he also has four caps for Brazil.

Their statement read, “Sport Lisboa e Benfica Futebol S.A.D., in compliance with Aritcle 248 of the Code of Securities, reports that it has reached an agreement with Chelsea Football Club Ltd. of the Premier League for the definitive sale of the sporting and economic rights of the athlete David Luiz Moreira Marinho for an amount of (€25,000,000.00 (twenty five million euros). 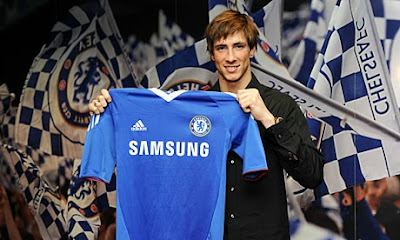 The 26-year-old World Cup winner was the subject of rumors and speculation throughout transfer deadline day, but has now put pen to paper on a five-year-deal at Stamford Bridge.

The transfer saga began in earnest last week when the Reds declined an offer from Chelsea and then rejected a transfer request from Torres, insisting the player would be required to honor his long-term contract at the club.

This will be the new era of the Blues squad with these two addition players. Chelsea will be try to retain their Barclay Premier League title for 2010/2011 season. Despite they are trying to challenge for the UEFA Champion League Trophy this season. GO! GO! The Blues..

Email ThisBlogThis!Share to TwitterShare to FacebookShare to Pinterest
Labels: Football